The Smoke and Jo Campaign - Pre-Debate

It has been a busy week at Casa Nellie!
First Jo Jo and mes fought over who was the worst dressed.... 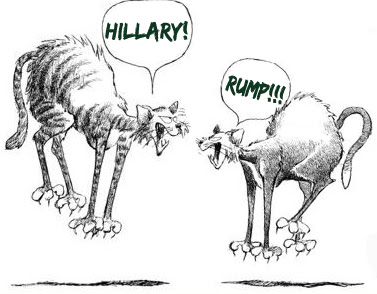 Wes arranged for a mock debate for Joe and our cardboard Rump was either spinning or falling over.... 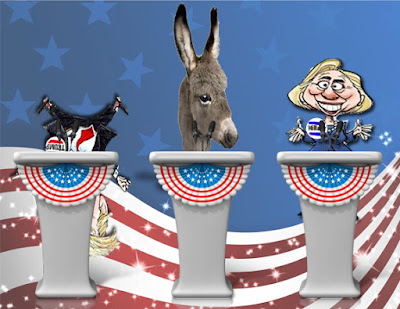 And Kozmo went overboard typing up the questions that wes wanted the other candidates to answer!!!

Purrsonally, mes thinks he was trying to impress one of the sign cats who was helping out!

She was answering the phone. Wes has had so many calls since Kong joined us in New York!!!
As a matter of fact, hes going to bes the Moderator!
Mes has been working with him on his temper. Hes got so incensed at the spinning Rump that he eated his head! 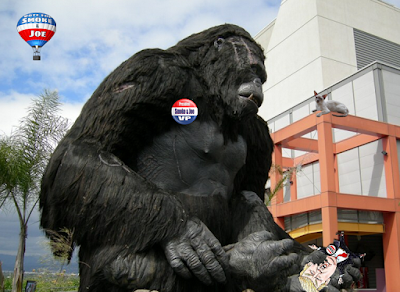 Now all yous PIP (Pets in Politics) Members...mes wants to ask...does yous have any questions that yous would like the candidates to debate?
Nows your chance to sends them in and wes will try to gets them out there!!!!

Now youscan goes and visits the Donks at Marg' by clicking on them! 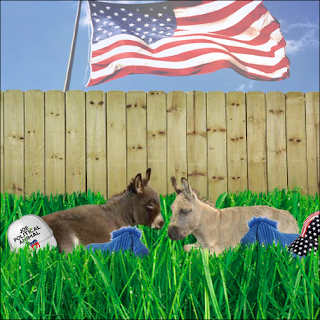 Ann (chief photographer) and Zoey (Campaign Clown) and Dougie (Security Chief) at Zoolatry by clicking on their banner!!! 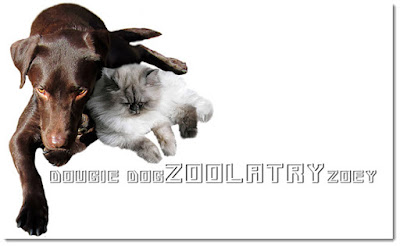 And the power behind it all

Now grabs a bottle of water and thinks of some great questions!!!!
And if yous got answers...yous can send us them too!!!

Don't forget to  check  the Facebook page for some news about the security team!