Before Nellie went over the bridge, she was interviewed by Bacon! 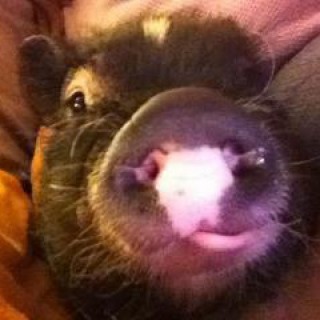 Bacon is a miniature pot bellied pig and he lives at the Hotel Thompson with his adopted brother - a cat named Hemingway – Hemi for short and Houdini, a Yorkshire Terrier. Bashful the traveling Rock also has Hotel Thompson as his home base! Bacon also has a guest  blogger that really intrigued Nellie, called Rocky the Squirrel (Nellie had a Love/Hate relationship with squirrels)
Bacon has one of the funniest blogs on the pet blogosphere and he has been keeping me (and Nellie) entertained since he started blogging back in 2011. 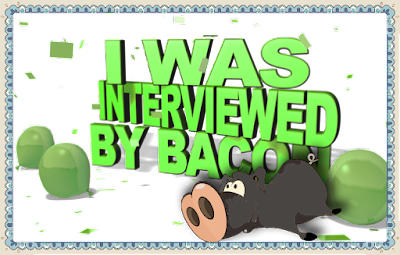 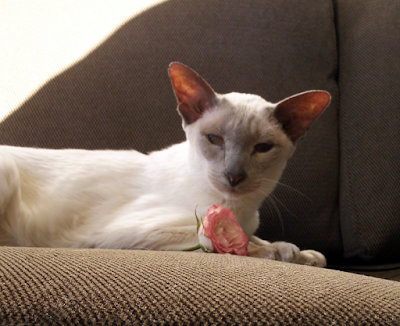