When mes and my ballon pilot Sheila (the Sheep) comed out of the stratosphere on our way to Ware, Ma, this is what we saw!!! 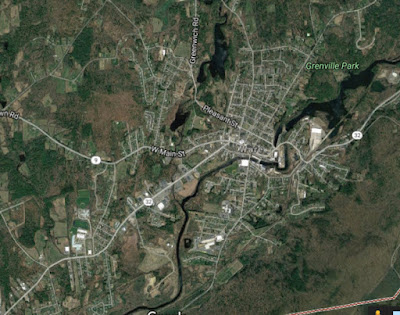 Does yous knows who lives in Ware? 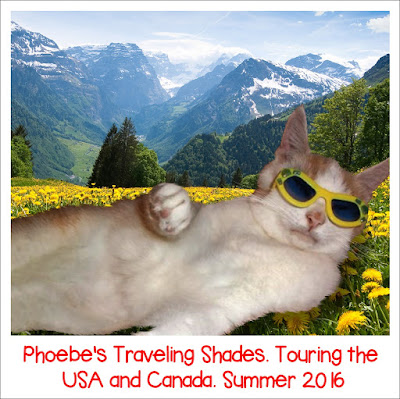 Yep! The Infamous Phoebe! And all the others at 15 and Meowing!
And wes here to picks up Phoebe on our way to Boston. Wes picking up Phoebe because she is Smoke and Joe's new speech writer! 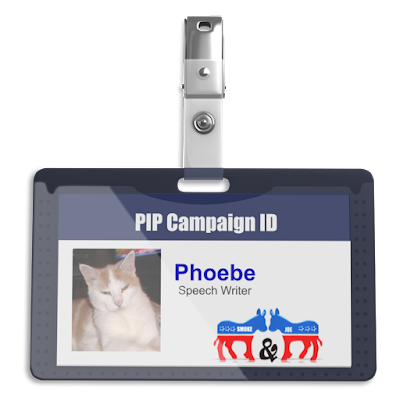 Wes has a brief visit because wes was late!
Balloons has to goes the same direction as the wind! 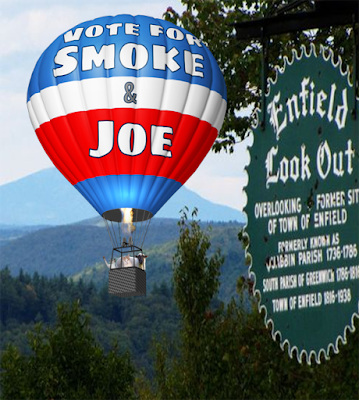 Here we is taking off from the Quabbin Park, near where the gang of 15 lives! Mes is waving to Brodie (He is HUNKY!!!)

Next stop BOSTON!!!
We arrived downtown to check in and wes met the Sign Guys!
They had met up with a local donkey who was really excited to meet Smoke and Joe. 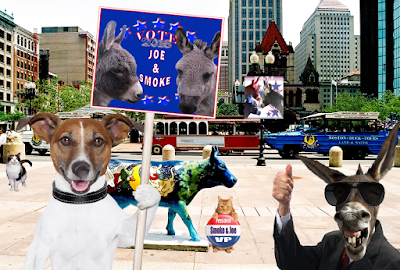 And he had set up a rally in Somerville!
After the defeat at the Battle of Bunker Hill, the colonists retreated to present-day Somerville, specifically to Prospect Hill, a strategic spot that afforded views of Boston and the British fleet. The hilltop was nicknamed the Citadel, as it was the rebels’ strongest fortification. It was here, on January 1, 1776, that these troops first raised the Grand Union – the original flag representing the united American colonies.

Boy the Bostonian PIPs had all their Peeps out to see our Candidates! 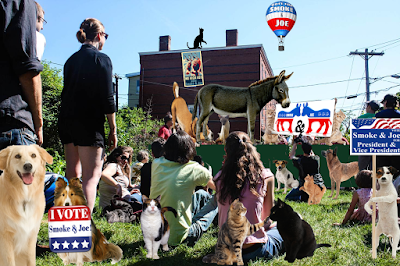 Wes had a GREAT day in Boston!

Thanks first to Pheobe for coming to Boston with us! Click the button to visit the gang!

Taking them back to Marg's,
Joe was telling me about the how hes going to redecorate the White House! 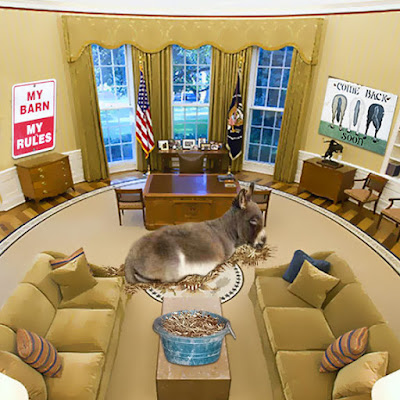 Yous can visit the Donks at Margs Animals!

Mes wonders where Sheila (She's the sheep balloon pilot from Australia) will takes us too next week?
Does yous guys has any ideas? 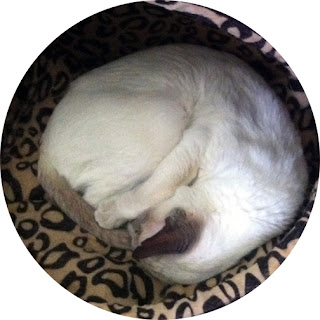 Can yous wakes mes up wHen wes gets home Sheila?