Wow! This week mes going to visits Pipo, Minko and Mr. Jack Freckles in Battle Creek, MI. for the Smoke and Joe Campaign!

Click to go to their Blog, Meezer's Mews and Freckles

Yous knows who Smoke and Joe is..They lives with Marg and they is running for President and Vice President! (Click to go to Marg's Animals) 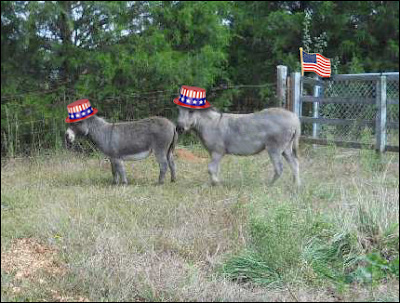 Now mes been furrends with Mr. Jack Freckles forever and more recently his fur siblings Pipo and Minko, but mes  had NO IDEA where Battle Creek really was.

So, mes looked it up in Google! 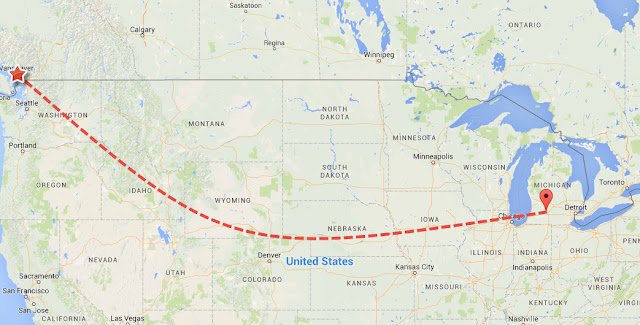 They lives surrounded but Great Lakes! Mes had no idea what to expect...
Mes DID knows me would be there in the middle of the Battle Creek Field of Flight and Air Show Festival!!!

Yous knows what that means? 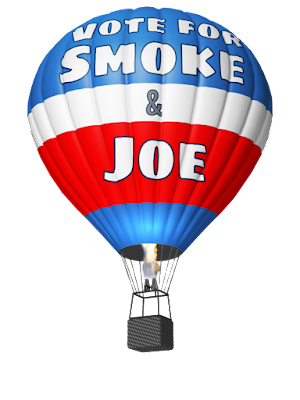 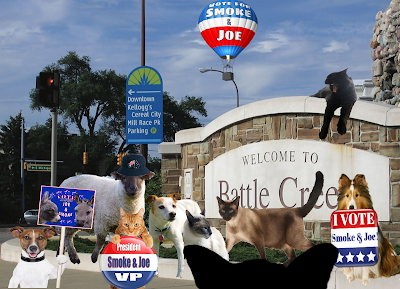 When mes gotted to Battle Creek, mes was meeted by Mr Jack Freckles. Pipo, Minko, the sign team and one of Foozie's Mum's Sheep!
Yes, one of their sheep stowed away and comed to Battle Creek to helps with Smoke and Joe's Campaign!!!
Mes thinks that is TOTALLY pawsome. Especially since Sheila (the Sheep) is a ballon pilot and will bes taking the balloon everywhere!

They even was at a street pawty and telled everybody about Joe and Smoke. 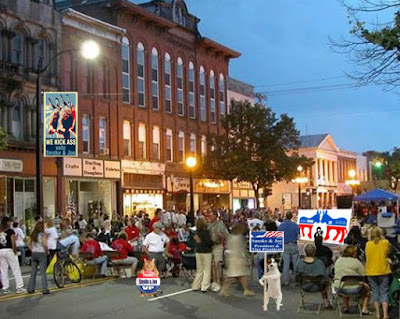 They had been out and about and pretty much had the whole town blanketed in signs and that meant wes could concentrate on the Ballon Race! 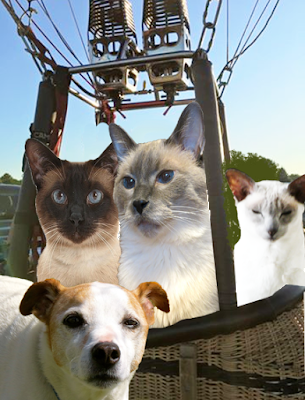 Mr Jack Freckles is a pawsome pilot and his co-pilots Pipo and Minko kept mes entertained with Meezer Jokes while wes gotted ready to play Fox and Hares! Sheila the Sheep was happy to take a break and she and Smoke and Joe went off to has some grass!

In the race, wes was way ahead of everyone and guys...wes winned!!!
Another victory for Smoke and Joe!!! 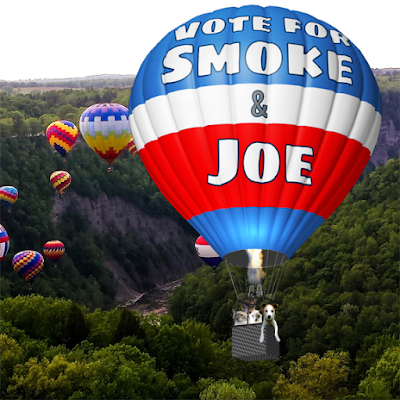 Yes that picture is of the landscape around Battle Creek! Who knew they had such big cliffs!!!

Thanks guys, mes has not ever had so much fun and it was ever so wonderful to spends time with yous guys! Mes can't wait to visits again!

Whew! Mes gots to makes it home in time for

Here is everybody who is helping Smoke and Joe get to the White House!
Marg's Animals (where Smoke and Joe lives)
The Tabbies of Trout Town and
Zoolatry (Ann does the bestest graphics)
and, if yous wants any or all of the campaigning gear for your blog (including Zoolatrys graphics) , check out the Smoke and Joe page in my Blog!!! 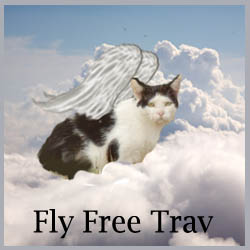