Mes did not feels like going to far to put up signs this week so mes headed south the Seattle! Seattle is only 2 and a half hours south (150 miles) which is about how far it was from Midway to Kelowna!
First off mes has had a banner made!

This gif looks lovely blowing in the wind!
Driving into Seattle's Downtown, mes gotted a great shot of the Space Needle and our Banner on the street lights!! 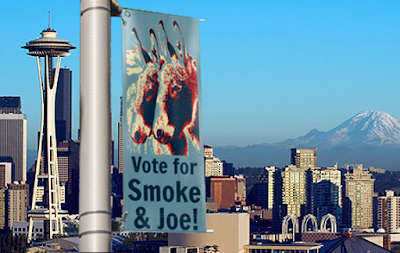 My next stop was Pikes Place Market!! 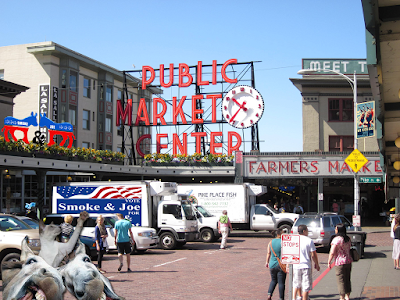 Mes had to stops and looks at the fish! 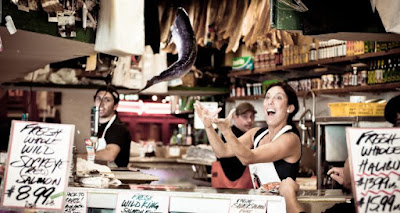 They THROWS the fish around!!! 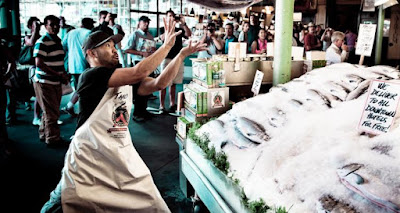 and peoples KISSES them too!!! 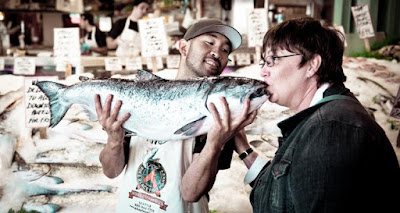 This is the one mes wanted to brings home...but it was too big for the car!!! 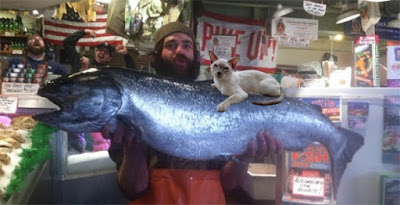 When wes was leaving, mes gots the crowd to have a impromptu rally! 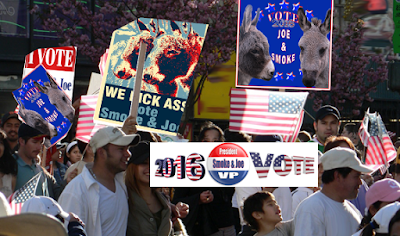 They was already to give up on the competition!
A most successful day-right guys!?!
Yous can always visit Smoke and Joe at Marg's Animals! 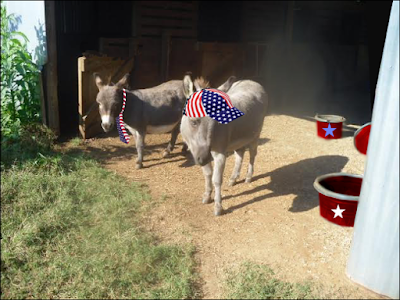